Our first individual Londoner was a gallant clergyman who risked his life repeatedly to save his comrades: Edward Noel Mellish was a 33-year-old assistant curate at the beautiful St Paul’s church in Deptford at the start of the First World War. Less than a year after joining the army as a chaplain, his bravery in action was rewarded with Britain’s highest medal for gallantry: the Victoria Cross.

Attached to the 4th Battalion, Royal Fusiliers, Mellish found himself involved in the attack at the St Eloi craters. On 27 March 1916, several enormous mines were exploded under the German trenches and the British troops attacked. According to the regiment’s official history:

“The episode seems, on calm reflection, to have been the most tragic of any in which the Royal Fusiliers figured.”

“The attack was launched at 4.15 a.m. …The men ran forward on the explosion of the mines, but they were met by intense rifle, machine gun and artillery fire.The Germans appear to have been fully on the alert, and the battalion at once lost heavily. They stormed the German wire, unbroken as it was, and took the first German trench. But they had been so weakened and the opposition was so heavy that they could get no further, and the ground was consolidated.”

Into this maelstrom, Mellish – a tall man – ventured over the course of three days. Repeatedly going out under machine-gun fire to bring in wounded men. His obituary in the Times describes it:

“On the first day of the battle, without any assistance, he brought in 10 wounded men, and on the second although the battalion to which he was attached had been relieved, he went back and rescued 12 more… His conduct resulted in the saving of many lives.”

The wonderfully-titled patriotic book Deeds That Thrilled The Empire depicted the act with this image:

Mellish was awarded his Victoria Cross on April 24th by the commander of his Division, who called him a “very gallant gentleman” and called for three cheers in his honour. He was the first clergyman to win the Victoria Cross during the Great War (only one had ever won the medal before: Rev J.W. Adams for his actions in Kabul in the 2nd Afghan War). Mellish’s own account of the war and his letters back to the parish are held in the IWM’s documents archive.

In June he returned to Deptford on leave and was feted by the local council. A crowd outside the Town Hall cheered the local hero. Pathe filmed the occasion, which you can see here. He also returned to St Paul’s church to deliver a special sermon for children – he was so popular with Deptford’s children that they named a social club he had founded for them (in a former pub) in his honour: Noel Club. 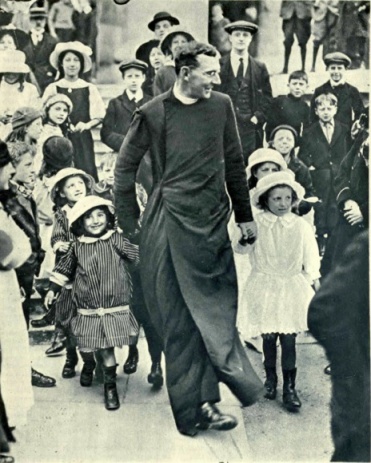 Mellish in Deptford on leave, 1916 (from Illustrated War News)

In 1918 he was awarded the Military Cross (another medal for gallantry and good service for among officers – today it is awarded regardless of rank). More importantly, he married Elizabeth Wallace Molesworth in St Paul’s, Deptford.  In 1919 he was appointed to the living of St Mark’s, Lewisham. He later became vicar of the marvelously-named Wangford-cum-Henham and Reydon, in Suffolk, and later still in Great Dunmow, Essex, and Baltonsborough, Somerset. He died in Somerset in 1962 at the age of 81. 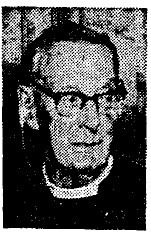 Sources not linked in above:

Posted by Stuart on 16 January 2012 in Award-winners, Events