At a charity fete in 1916, the people of Stepney adapted a German patriotic money-raising gimmick to support British troops with their own ‘Iron Hindenburg’ statue. 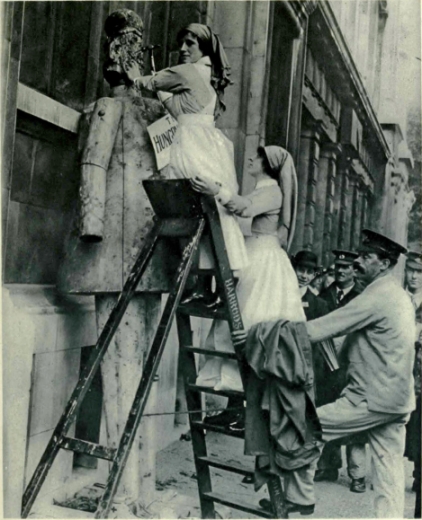 This picture from the 27 September 1916 Illustrated War News shows two nurses from Mile End Hospital knocking nails into a wooden figure depicting Paul von Hindenburg to help raise money for ‘our brave wounded and disabled soldiers’.  One of these wounded soldiers is shown holding up their ladder (apparently borrowed from Harrod’s) while they do it.

Wooden statues into which nails were driven were used in Austria and Germany from 1915: the Men of Nails. A particularly notable example was the 42-foot statue of Hindenburg erected in September 1915 in the Königsplatz (next to the Reichstag), in front of a victory monument to Prussia’s wars with Denmark, Austria and France from 1864-71. 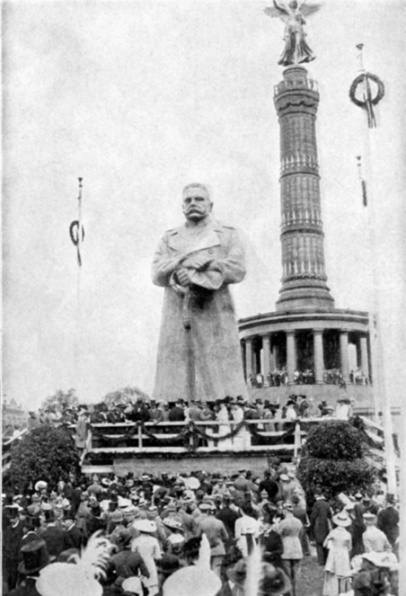 Unveiling the Iron Hindenburg in Berlin (image from Gutenburg)

An academic article (here) recounts this event in Berlin: The Kaiser’s daughter-in-law unveiled the statue, to the sound of a choir singing Beethoven, and Chancellor Theobald von Bethmann Hollweg gave a speech. The Princess drove a golden nail into the Field Marshall’s name, the first of over a million nails driven into the sculpture by Germans giving money per nail to support the war effort. The ceremony was widely reported in the international press (NY Times).

Somehow, it seems unlikely that such a great scene accompanied Stepney’s Iron Hindenburg (or that it lasted until 1919 like the Berlin one). The hero of Tannenburg was certainly not depicted quite so heroically in the statue and the nails were driven with anger and humour rather than respect.

The British version was clearly meant as a parody of the German statues. The Illustrated War News caption says:

If the scene shocks the delicate susceptablities of the Germans, they will do well to remember that it was themselves who initiated this curious perversion of motive and method.

Anger and humour were prominent in British attitudes towards the Germans in 1914-1918. This mockery of the Iron Hindenburg fits neatly into both categories.