Most people with an interest in the Great War will probably have heard of Henry Allingham, the second-last British serviceman of the war to die (by which point he was also the world’s oldest man). He was the last surviving Londoner to have seen active service in the war. This blog post gives a brief overview of his service and some thoughts about him as wartime civilian, sailor, solider and airman and as a celebrity veteran.

Henry Allingham was an 18-year-old mechanic living in Bethnal Green when war was declared in August 1914. He describes an early attempt to enlist as a despatch rider (he owned his own motorbike) in 1914, but he was not accepted and his mother asked him not to volunteer again. He stayed with her at their house until her death in June 1915, then he joined the Royal Naval Air Service in September. 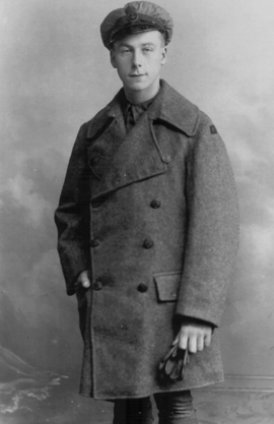 After this, Allingham’s war service took in all of Britain’s three armed forces and two of the most famous battles in the Great War. He served in the RNAS and went to see on HMT Kingfisher, from which he watched (although did not take direct part in) the battle of Jutland – the big naval battle of the war, which essentially ended in a score draw but saw the German navy’s surface fleet pinned back in their ports for the remainder of the war.  He then moved over the Royal Flying Corps – the RNAS’s army sibling – and served in the army through the Third Ypres (AKA Passchendaele). In April 1918, the RNAS and RFC were merged into an independent Royal Air Force, completing the set of three services for the young mechanic from London. He was discharged in March 1919, returning returned to London and his new wife Dorothy, whom he had married in 1918. He died in July 2009.

There are a few things that make Henry’s story interesting. These are just a few of them:

Dan Todman – The Great War: myth and memory (which discusses memory and the war)

Posted by Stuart on 22 April 2012 in Famous People, Ordinary Londoners