RSS
← Riots and hooligans
The value of a bank holiday →

There will always be fraudsters and fakes. During the Great War, one type was the fake hero – the deserters or general low-lifes who claimed to be decorated heroes. One of these men was apprehended at the Coliseum in London in February 1915: Lancelot Dickinson Chapman.

Chapman had joined the King’s Own Yorkshire Light Infantry in 1909 but was discharged the in 1911: “Services no longer required; dirty; inefficient” (according to the regiment’s records) After that, he worked in shipyards in Sunderland until 1914 when he re-joined the army. He became a gunner in the Royal Field Artillery and joined the 148th Battery, but deserted on 13 November 1914 without having left the UK.

Over the next four months, he invented a persona for himself as a battlefield hero. Chapman bought a fake Victoria Cross and claimed to have been awarded that medal, as well as the French Legion of Honour and the Belgian Order of Leopold. 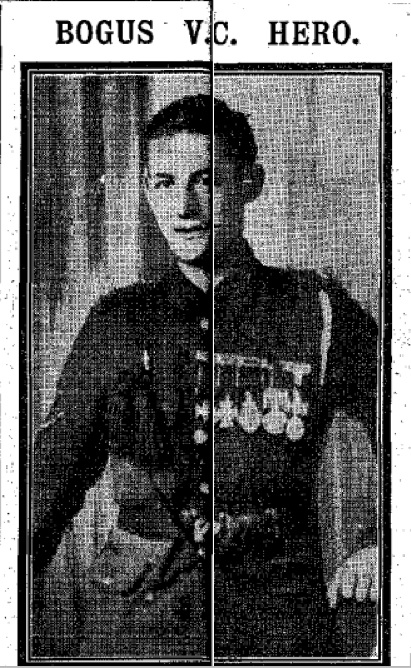 He told a coffee-shop owner that he was one of the heroes of L Battery, RFA, who held out with their last gun when outnumbered by the Germans at Néry. Four of this crew were awarded the VC and their gun is now on display at the Imperial War Museum.

The gun fired by the real heroes of Néry.

In January 1915, Chapman was invited to the London studios of the Gaumont Film Company, where he told them he had fought at Mons as a dispatch rider in the 37th Battery, RFA. Again, this was a genuine incident for which men (like Dvr Job Drain) were awarded the VC. But Chapman was not one of them. He also claimed to have saved the lives of wounded French and Belgian soldiers, leading to his foreign decorations. Chapman then asked for £10 to be filmed by Gaumont for the newsreel, but had to be satisfied with £5. The mayor of Camberwell also planned to give Chapman a hero’s welcome. 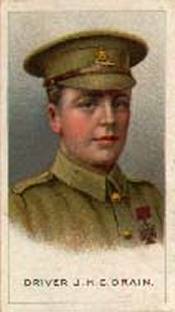 In the trial in February 1915, another man claimed that Chapman had been living in his house and promised to marry his daughter. Chapman had borrowed further £7-10s from the family. He was sentenced to ten months of hard labour for his deceptions.

The circumstances of war provided Lancelot Dickinson Chapman with his particular confidence trick to play on people’s generosity (and on the Gaumont company’s desire to make money). With his RFA uniform, some fake medals and a reasonable knowledge of some genuine moments of heroism by his countrymen he was able to pretend to be something he was not: a hero.

Posted by Stuart on 20 May 2012 in Uncategorized

← Riots and hooligans
The value of a bank holiday →

4 responses to “A fake hero”