The birth of the Royal Air Force

Ninety-five years ago today, Britain acquired a new armed force with the creation of the Royal Air Force.

The origins of the Royal Air Force lie in the increasingly-effective German air raids of 1917 and worries that the army’s Royal Flying Corps and the navy’s Royal Naval Air Service were competing for scarce resources. South African general Jan Christian Smuts was brought in by the British War Cabinet to review the nation’s air power position. The Smuts report recommended, among other things, the creation of an Air Council and an air service independent of the army and navy.

Following the passage of the Air Force Constitution Act in November 1917 (debates on which included an unsuccessful attempt by pilot and notable scoundrel Noel Pemberton Billing to name the new force the ‘Imperial Air Force’), the new force came into being on 1 April 1918 with a strength of over 20,000 aircraft and 300,000 personnel, including the Women’s Royal Air Force. The new force had its headquarters at the Hotel Cecil on the Strand.

Plaque marking the original headquarters of the RAF on the Strand

The First Chief of Air Staff – the head of the RAF – was Sir Hugh Trenchard, who later became the commissioner of the Metropolitan Police. He is known as the father of the RAF, although really his pivotal role was in keeping the force intact and independent in the early 1920s.

John Salmond, the first commander of the RAF in the field (photo from 1912)

The RAF’s first commander in the field (i.e. on the Western Front) was a Londoner named John Salmond. It is characteristic of the youth of military aviation and most of its personnel that Salmond was only 36 when he became the commander of the RFC in the field (and then from April 1918, the RAF). Oddly he had been granted his flying certificate on 13 August 1913, the same day as Trenchard and the same day as William McCudden from Chatham, the first of three McCudden boys who served as pilots in the war – William’s younger brother James earned the VC, DSO, MC and MM before his death in 1918 (William had earlier died in a flying accident).

Salmond had commanded No 3 Squadron RFC when they went to France in 1914 (the squadron with which James McCudden was then a mechanic). Through the war, he alternated between roles commanding forces at the front and organising training back in the UK before being appointed to the War Council in December 1917 and then being appointed General Officer Commanding the RFC in the Field in January 1918. He later became Chief of the Air Staff, in 1930.

The new RAF was given a new uniform to distinguish it from the army and navy, but since it had to be purchased, most existing officers carried on wearing their old RFC and RNAS uniforms. New recruits wore the new RAF blue, though, which was rumoured to have been made from material meant for Imperial Russian troops but made surplus by the 1917 revolution. 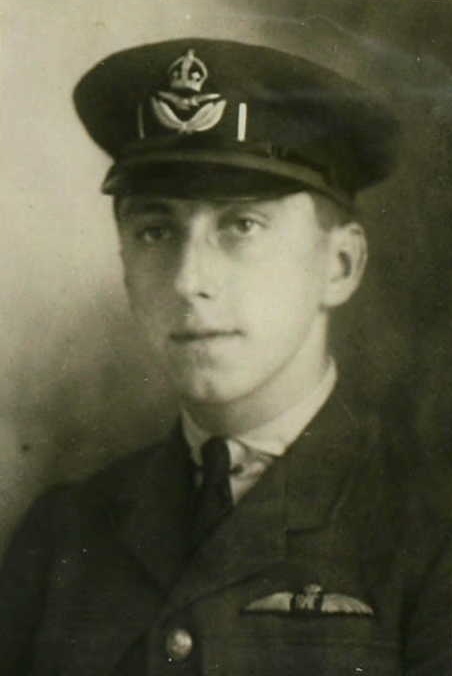 Frank Hyde Dormer, a former RFC observer from Wandsworth, in his new uniform as an RAF pilot in 1918. He saw active service as a pilot in Italy (his logboks as held by the IWM)

The uniforms were not quite what we are used to seeing from the Second World War or the modern RAF, the blue was lighter and the uniform a slightly different design. Colour photos of the 1918 uniform can be seen on the Brit Air Force website, while Flight magazine showed the new uniforms in its pages early in 1918.

So, Happy 95th Birthday to the Royal Air Force.

5 responses to “The birth of the Royal Air Force”