The first day of the 1916 Battle of the Somme is notorious as the deadliest day in British military history, the day when over 19,000 servicemen were killed in action for little territorial gain. This post remembers three Londoners who were among those thousands. 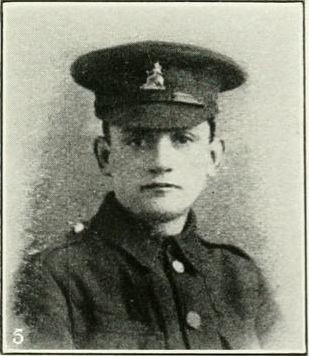 Edwin Cyril Laffan Read was born in South London in 1894 and educated at the London County Council School on Eardley Road, Streatham.  After leaving school, he became a tailor.  On 1 September 1914, he joined the army – at the height of the recruiting boom after the battle of Mons.  He joined the 8th Battalion of the Norfolk Regiment. On 1 July 1916 he was serving with them in 53rd Brigade in 18th (Eastern) Division, which successfully attacked Montauban. He was killed and now lies buried in Dantzig British Cemetery in Mametz, in ground captured during the battle – but he was probably one of the 25 men of his division moved there from a cemetery in Carnoy. 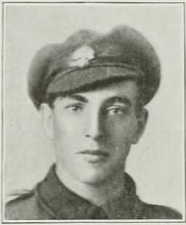 Richard Leslie Brewer was born in Leyton in 1895, the son of an insurance broker. He enlisted in the 2nd Battalion, The Royal Fusiliers (City of London Regiment) on 14 September 1914 and served with them in malta and Egypt before landing at Cape Helles in Gallipoli in September 1915 and serving there until the retreat at the end of 1915. In 1916 he was transferred to the Western Front and in April joined the Queen’s Westminster Rifles (the 16th Battalion, London Regiment) as part of 56 (1st London) Division. On 1 July 1916, according to letters to his parents, he was seen to assist a wounded comrade before leading his platoon after their officer was hit.  Soon after that he was killed by a shot to the head; he now lies buried in Gommecourt, where hundreds of the dead of 56 Division lie. 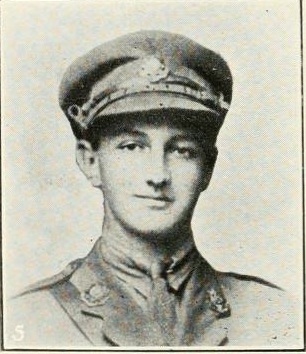 Barry Boncker was born in Upper Norwood in August 1897, but educated at Ardingley College in Haywards Heath. In 1914, he was living on Upper Grove in South Norwood and working as a clerk at the National Bank of South Africa. On 1 September, he joined the Queen’s (Royal West Surrey Regiment) in the ranks.  In November 1915 he was given a temporary commission as 2nd Lieutenant in the East Yorkshire Regiment. The official notice of his promotion was published in the London Gazette on 30 June 1916. On that day, he and the rest of A Company, 1st East Yorks, were parading and moving into their positions at Fricourt, where they were to attack at dawn on 1 July. The excellent Long, Long Trail website has a transcription of their war diary for that week, which describes how the brigade reached their first objective ‘in spite of heavy losses’ by 8.05 am. After repulsing a German attack, the battalion was too depleted to attack further and dug in. They were relieved by another brigade over night, leaving their positions by 6 a.m.  The 1st East Yorks were in action again over the next few days but 1 July was the bloodiest with five officers killed on that day alone out of six killed and anther 13 injured or missing by 4 July, along with 35 other ranks killed, 239 wounded, 158 missing and another nine wounded and missing. Barry Boncker was one of those four dead officers on 1 July 1916. He has no known grave, but is remembered on the Thiepval Memorial to the Missing – just one of 72,203 names recorded there, 12,360 of them the fallen of 1 July 1916.

Croydon during the Great War (Read and Boncker)