RSS
← Then and Now: Rahere’s Tomb
Going to Cologne →

Today a hundred military honours and awards have been announced today, mostly relating to the war in Afghanistan.  The British military Great War was, of course, vastly larger than it is today. Around a million men served in the army, navy and air force from London alone. How many honours and awards did they receive? 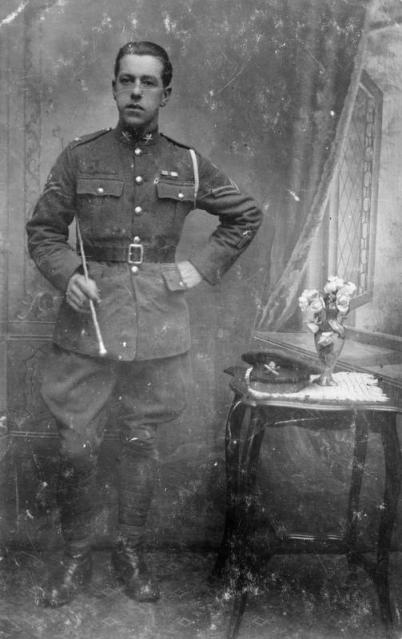 Cpl George Coppard MM of the Machine Gun Corps, author of ‘With a Machine Gun to Cambrai’ © IWM (Q 71267)

There is no way of knowing exactly how many Londoners were given awards for gallantry or good work during the war. They probably numbered somewhere in the tens of thousands, though.

Among the 10,142 London County Council employees who served, 401 were awarded British decorations: including 5 Distinguished Service Orders, 68 Military Crosses (of whom 7 earned bars for a second medal and one a second bar for a third MC award), 39 Distinguished Conduct Medals (2 bars) and 125 Military Medals (10 bars). Twenty-six earned CBEs, OBEs or MBEs, and ten earned Royal Red Cross medals. In addition to those British awards, 21 received French decorations, nine the Belgian Croix de Guerre, and another 16 earned other foreign decorations. If that figure is scaled up to the (roughly) one million Londoners who served*, we can conservatively say that tens of thousands of Londoners earned medals for gallantry and good service, possibly around 40,000.

Soldiers in the 47th (2nd London) Division alone earned two Victoria Crosses (Sgt J Harvey, 22nd Londons, and L/Cpl LJ Keyworth, 24th Londons), as well as at least 97 Distinguished Service Orders, 472 MCs, 321 DCMs, and 1909 MMs (including bars). A total of well over 2,500 for this one division, primarily made up of Londoners; as it was inherently a fighting force we can’t scale this up to the whole of London. 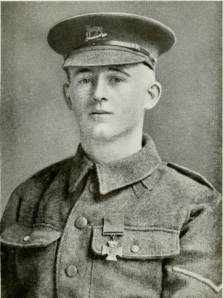 We have met a number of London medal winners already:

As today, it was not only men who earned medals during the Great War, of course, and we have also met ambulance drivers Mary Bushby Stubbs and Sadie Bonnell, munitions worker Hannah Spash, and nurse Beatrice Alice Allsop who all earned medals for their bravery.

In 1914-1918, as now, there is a story and a person behind every one of those awards. The men and women given honours and awards today deserve our respect, as does the memory of those who were decorated for their service in the Great War.

*One million is the rough estimate for those who served from Greater London given by Adrian Gregory in Capital Cities at War (by Jay Winter, et al), it is also roughly the figure I estimate from the number of naval and military absent voters in 1918 in Greater London increased in proportion with ratio of absent voters and service personnel nationwide.

History of the 47th (London) Division, ed by A.H. Maude

Posted by Stuart on 21 March 2014 in Award-winners, Ordinary Londoners

← Then and Now: Rahere’s Tomb
Going to Cologne →

One response to “Honours and awards”