Lewis Havens’s voice: lost on the Somme, found in Hampstead

Delving into London and the Great War throws up many extraordinary stories, some of which happy endings. Lewis Havens’s story is one of those – seeing him lose his voice in the horror of Delville Wood but recover it three years later. Lewis Havens was a handyman living at 163 Newport Buildings, Shaftesbury Avenue, and working at the London Hippodrome.  He had married Minnie Gertrude Light in July 1912. Havens attested under the Derby Scheme in November 1915, approaching his 25th birthday, and was called up for service in the Rifle Brigade in April 1916.

Havens’s military career was short but eventful. After a few months of training, he was sent to the 8th Battalion in France on 24 August 1916 and joined the battalion on 8 September and went into Delville Wood. Delville Wood was the scene of great carnage in 1916. From July to the start of September, British and South African troops wrested control of the wood from the Germans as part of the Battle of the Somme. The Battle itself ended before Havens arrived, but it was far from safe: the 8th Rifle Brigade lost 100 men killed on 15 September alone – many more must have been wounded. 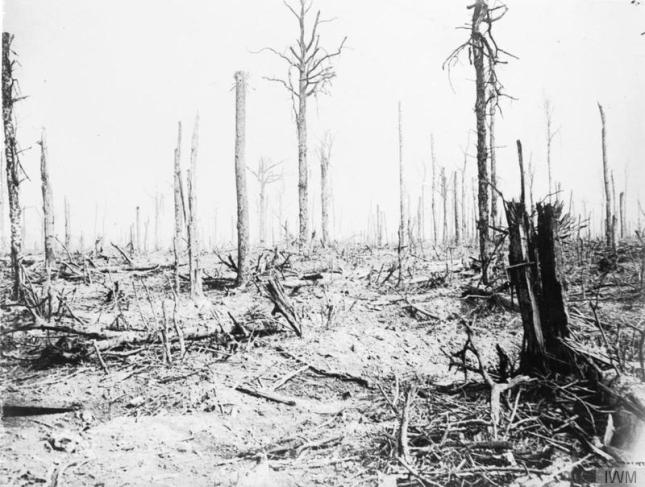 Havens was one of those wounded in the wood that week. His medical record notes:

“When in trenches was blown up twice and gassed on Sept 14 and 15. Came to himself in Rouen Base Camp where he was for 3 days. Has been dumb ever since. Was deaf at first (3 months)”

He was immediately sent back to England, diagnosed with shell shock (neurasthenia) and was discharged in March 1917. He then returned to work at the London Hippodrome. According to the medical board Lewis Havens could hear perfectly well but was unable to speak. They noted that he had previously become mute 5 years earlier for two years following a fall through a trap door on a stage. The Hippodrome employed Havens as a “greencoat”. As the Milwaukee Journal explained “he attends to raising and lowering the front curtain and to placing, at the sides of the proscenium, the cards which bear the names of the next performers.” Able to hear but not speak, Havens adopted a whistling response to questions: once for “yes”, twice for “no”. In 1919, a performer named Mrs Wanda Lyon paid for Havens to see a masseur called Frank Horler, working at Sir Frederick Milner’s hostel for shell shock suffers in Hampstead. According to the Milwaukee Journal: “Intense was the astonishment of all on stage within hearing of Havens when he announced, just as he had before he went to the front: ‘All’s ready to begin’.” Understandably, Horler was not so surprised by the recovery, but he did express surprise at its speed: “I tried massage and electrical treatment for four days. On the fourth evening I saw him, and he surprised me by saying in a low voice, ‘I congratulate you.’” Another person who was pleasantly surprised was Havens’s young son, who was able to hear her father’s voice for the first time.

Posted by Stuart on 21 July 2015 in Ordinary Londoners