When will this war end?

That was a question that was all too often on the minds of soldiers, sailors and civilians during the Great War: when will this war end? Views varied throughout the war on what a realistic answer was. 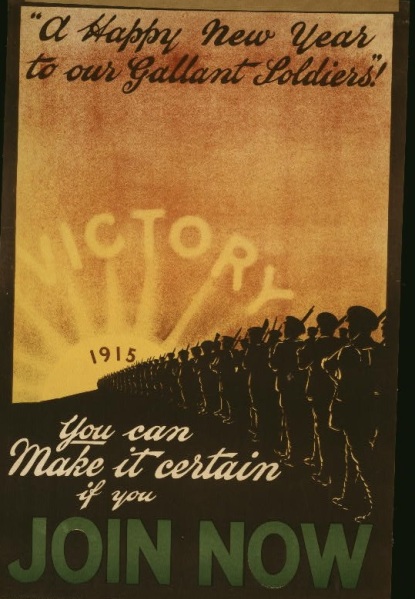 In January 1915, businessman F.S. Oliver wrote to his brother in Canada about the progress of the war and attitudes to it in London.

…when will it be finished? The man in the street varies between 3 points of view: Kitchener’s original prophecy of three or four years; the general business man’s view, March 1916 [i.e. another 14 months]; the newspaper (derived from the General staff) optimist, 3 or 4 months. Just now it has made up its mind to the first of these.

What can we learn from this? Obviously it is only the observation of one (quite well-connected) man, but it tells us something about views about the war.  For one thing it tells us that there was some variation in views, so we cannot simply say that people thought one thing or another. The quotation also tells us something of where he felt the views had come from; the 3-year prediction was a well-known statement of Lord Kitchener’s, when he called for a mass army to be formed. The idea that newspapers and generals were promising a short war is something that has become a major part of our mythology of the Great War.

I have written elsewhere about the idea that people in 1914 thought that the Great War would be ‘over by Christmas’. Some may have done, but it was not a widespread belief and is only very rarely expressed in written sources. Soldiers were more likely to say that it would be over so soon, either because they feared not getting to use their training and take part, or because they had taken part and wanted it to be over as soon as possible. Many went from fear of an early end to the war to wishing for it.

Henry Williamson (later author of Tarka the Otter) presents a good example of the effect that war service had on predictions. Having predicted at least a year of war in August 1914, he repeated in September that the ‘war looks as if it will be a long one’. After his first spell of service in the muddy, dangerous front line trenches, however, he wrote home that ‘We all think the war will end soon, thank God when it does’. 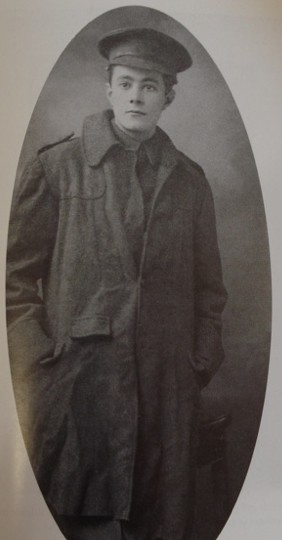 The timing of the recruiting boom of 1914 suggests that men did not join up in droves thinking the war would end by Christmas. The peak of recruiting came in the wake of the British Army’s retreat with heavy losses from Mons – hardly an event to inspire dreams of an imminent victory.

The idea that generals and politicians were telling everyone (through the newspapers) that the war would be over soon doesn’t hold much water.  The only such public statement that refers to that term that I was able to find (other than in reference to a German belief in an early victory) was from Lord Curzon, the former Viceroy of India, who told an audience at Harrow School in October that he ‘was perfectly shocked when he read in the papers of people talking about the war being over by Christmas [. . .]. In his judgement more than one Christmas would pass before our soldiers returned’. Curzon was using the phrase in exactly the opposite way to how generals and politicians are popularly supposed to have used it – instead of an optimistic promise to persuade men to join up, it was a warning not to think that victory would be easy.

The phrase and the idea certainly existed in 1914, then. It appears several times in Punch, including in this oddly-prescient exchange in a story in the 14 October issue:

“It’ll be over by Christmas all right,” said James again, but without conviction. “Maybe,” I said; “Christmas, 1918, you mean, I suppose?” James called me a rude name, as soldiers will, and relapsed into moody silence.

The idea that it was dominant, though, is part of the post-war image of 1914 that has grown up since then, during the later war years and particularly after 1918.

In general, it seems that people’s expectations of the length of the war revolved around the big battles and calendar years.  Robert Graves notes in Goodbye to All That that soldiers could not really conceive of the war going on for more than another 12 months.  When he was conscripted in the summer of 1916, Edwin Bennett from Walthamstow promised his family that the war would end and he would be home again to play with his new daughter within a year.

Perhaps surprisingly, people could place bets against the ‘risk’ of peace coming within a certain time period. In 1914, even odds were given on peace by March 1915, but the ‘risk’ of peace within around 12 months decreased gradually from 75% in Spring 1915 to only evens in August 1917.

Others placed less formal bets, including many servicemen but also civilians. RWM Gibbs, a Battersea-born teacher then living in Surrey, had such a bet with his outfitter in early 1916 that the war would end that year. Gibbs’s father had made the same prediction a few months earlier.

The big set-piece offensives on the Western Front raised and – for the most part – dashed hopes of victory by the end of the year, or by Christmas. The battle of Loos had this effect, but it was much more prominent in 1916 in the run up to the battle of the Somme and, particularly, in 1917. The year had been unofficially declared the ‘year of victory’, with a ‘Victory Loan’ and a memorial unveiled in the East London cemetery dedicated to the fallen of the war of 1914-1917.

The failure to bring about victory in 1917 was a huge blow to British morale. Another enormous offensive at Ypres had brought peace no closer than had the previous summer’s effort on the Somme. The failure to break through or even hold on to ground captured at Cambrai only added to people’s disappointment, as we have seen recent blog post.

As noted in that blog post, the annual debate at Talbot House (in Poperinge, Belgium) on whether the war would end by the end of the coming year had registered a strong ‘yes’ vote in 1916 and 1917. The vote in early 1918 produced a tie, with only the chair’s casting vote producing an overall affirmative resolution that the war would end in 1918.

An interesting echo of Oliver’s observation from the start of 1915 comes in a Mass-Observation survey in November 1939.

Only 19% thought that it would last three years (considerably more than before the government’s prediction of a three-year war was publicised), whereas 21% expected it to last ‘nine months to two years’ and the same proportion thought that the war would be over in less than six months, only two decades after the 52-month Great War! The report noted ‘the exceptionally high proportion [29 percent] who can’t answer’, many of whom had ‘thought there would never be a war and since its outbreak have been wishfully thinking it away’ Similarly there were predictions from 1942 at least that the war would end within the year, while battlefield victories boosted confidence in an imminent peace.

When will this war end?

Of course we all now know that the war ended on 11 November 1918 (or at least the fighting on the Western Front ended then, the peace was signed in July 1919 and actually legally came into force in 1920). One thing that makes contemporary diaries both interesting and at the same time hard to become entirely lost in is that we know when the big battles were to come and when peace would finally return, when those living through the war obviously could no know either. It is very hard for us now to know how it felt to be in, say, November 1916 not knowing that the war would last for another two years. That people withstood the hardships of such a protracted and unpredictable conflict is hugely impressive.

The beginning of a new calendar year prompted widespread expectations (or perhaps more accurately hopes) of peace within 12 months – before the end of the year or by Christmas. From 1915 to 1917 this was a common feature in British morale; ironically, 1918 appears to have been an exception and peace seemed further away than ever.

Posted by Stuart on 4 January 2015 in Ordinary Londoners, Recruitment

Tags: Duration of the war, Mass-Observation, Over by Christmas, Public opinion, WW2